The shin red line: common running issues that can keep you off the track. 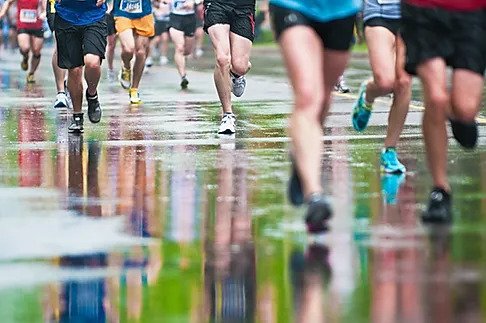 12 Mar The shin red line: common running issues that can keep you off the track.

Posted at 10:43h in Running Assessment and Programming by adminva

Unable to go for run having met with injury? This is an all too common challenge for not only the novice runner.

Facing injury at any point for a running enthusiast is deeply frustrating on the inside and can often feel like a winding tunnel with no light in site. Unlike a cut to the skin we often see minimal evidence of progression along the healing timeline.

Running participation has increased and so too the injury rate, with over 70% of those participating injured annually.

Presenting in one or both legs, most commonly as an ache in the inside or along the outside of the lower leg. It can present with pain that warms up or commonly deteriorates with more activity. Although running technique can contribute, increasing the distance and intensity of running sessions too quickly is a big driver for this injury.

Pain or discomfort experienced around the front and/or to the sides of the knee cap. It can also be accompanied by clicking or a grinding feeling however often with the absence of swelling. Strength issues above and below the knee particularly around the hips are most commonly seen with this presentation and are often a big contributor for the development of this injury.

This type of injury highlights a reduced ability for the tendon to manage activity and presents as focal pain in the tendon itself. It may or may not be accompanied by swelling. Despite popular beliefs it cannot accurately be described as being caused by inflammation but rather the dysfunction of the tendon to work correctly. Strength issues are often to blame, particularly in the calf but also above this such as around the hips. Unlike the other common running related injuries, this one can take some time to improve.

Pain located in the posterior thigh that can present suddenly-in the case of a muscular strain injury or gradually being felt as tightness whilst completing activity. A common injury and nuisance to runners. This is often caused by strength deficits particularly around the hips as the hamstring compensates to propel us forward when running.

Pain or discomfort located along the base of the foot and often closer towards the heel. initially with activity only for it to return following a further period of immobility. Similarly, to the other common running related injuries, strength deficits are often the cause as well as underlying biomechanical problems around the foot and ankle.

When confronted with an injury it is always best to seek professional advice on the best management strategy from a trained healthcare professional such as a physiotherapist. The correct diagnosis and plan is key to getting you back on track.